State lawmakers finally agree to a budget; plus, donations wanted for homeless youth

By Wilson Criscione and Samantha Wohlfeil 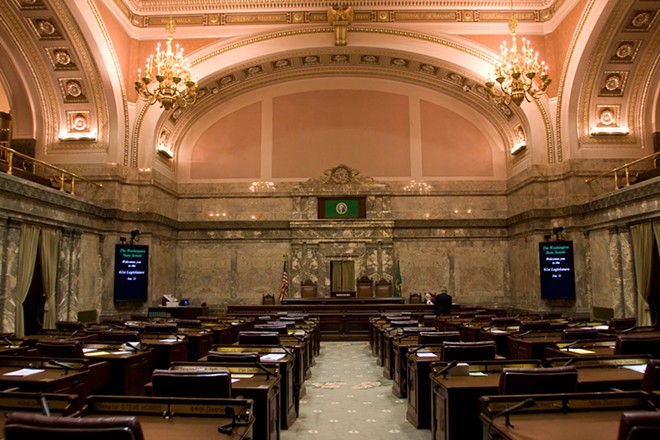 Last week, it looked like Washington could be headed for a government shutdown, with lawmakers unable to reach an agreement on how to FUND EDUCATION. At the last minute, however, the Washington State Legislature came through.

A budget deal signed by Gov. Jay Inslee on Friday adds $7.3 billion in state funding to schools over the next four years. "I am proud to sign a historic budget that fully funds our schools for the first time in more than 30 years," Inslee said in a statement.

The legislature was tasked with providing ample funding education as mandated by the McCleary court ruling. That meant ensuring school districts could no longer rely on local property tax levies to pay employee salaries and basic expenses.

The budget addresses that with a plan hatched by Senate Republicans: hiking state property taxes while capping local property tax levies. That plan makes up most of the new revenue from the state. Additional revenue is raised by expanding an online sales tax and eliminating tax breaks on bottled water and extracted fuels — ideas favored by Democrats.

The result is a shift from local funding to state funding. The $7.4 billion in state funds added in the next four years is offset by about $3 billion lost in local levy funds.

"This budget, at long last, meets our constitutional obligations to fully fund basic education, and addresses the responsibilities we have under the McCleary decision to equitably fund our schools," Inslee said.

Others aren't as enthusiastic. Superintendent of Public Instruction Chris Reykdal offered a modest endorsement of the deal, saying the legislature has "now made the important turn to go beyond the bare minimums called for by the state Supreme Court." The Washington Education Association — the state's largest teachers union — said in a statement that the budget was "progress," but falls short of fulfilling the McCleary mandate. (WILSON CRISCIONE)

As Spokane and partner agencies work to find housing for 100 HOMELESS YOUTH in 100 days, they're collecting donations for move-in kits during the final stretch of the challenge, which ends July 31.

For the kits, they're looking for things that someone might need if they're getting their first apartment or going off to college.

"When my kids get keys, it's a monumental day," says Mary Stanton, the Education, Employment and Housing Youth Representative from Career Path Services, in a news release about the drive. "But the excitement quickly dissipates when they have no fork to eat with or no towel to dry off with. That's why this drive is so important."

Will amputating half of the Spokane Regional Law and Justice Council save it — or cripple it?

Abolish the Police: In their absence, build a more just society

The pieces may be small, but miniatures are a growing part of the craft scene

Spokane chef Joseph O'Neal is launching a line of chili oils, plus a new partnership with Hello Sugar doughnuts

An outbreak strikes the Idaho Legislature, Washington extends the eviction moratorium, Beck Taylor to leave Whitworth and other news

Will amputating half of the Spokane Regional Law and Justice Council save it — or cripple it?

San Diego lets anybody instantly dive down a public records rabbit hole. Spokane may soon do the same

An outbreak strikes the Idaho Legislature, Washington extends the eviction moratorium, Beck Taylor to leave Whitworth and other news

Wilson Criscione, born and raised in Spokane, is an Inlander staff writer covering education and social services in the Inland Northwest.
More