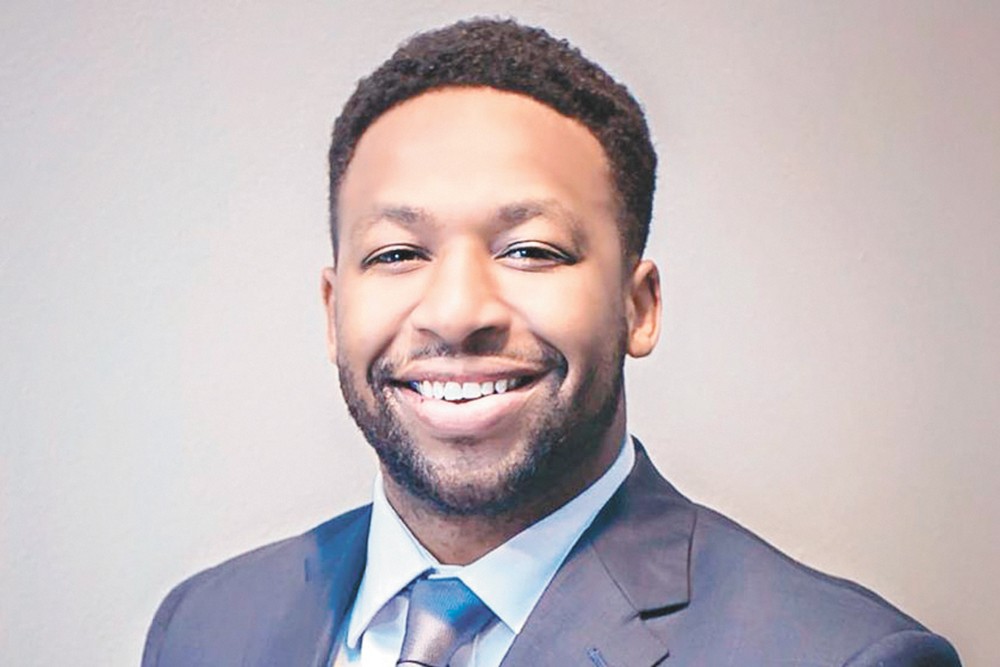 Jerrall Haynes, the school board president

When the Spokane Public Schools board of directors tasked district staff with drafting a racial equity resolution earlier this month, Nicole Jenkins-Rosenkrantz, who helped author it, wasn't sure how far to go.

"I was like, 'How bold do you want to be?' Should I use 'district' language, or 'Nicole' language?" Jenkins-Rosenkrantz recalls asking district higher-ups. As a former diversion supervisor for Spokane County Juvenile Court, she'd seen what happens when students of color are arrested in school and sent through the judicial system. She knew local schools had far to go on racial equity.

The final result — a racial equity resolution passed unanimously by the school board last week — represents what students, parents and community advocates describe as a major step forward in addressing racial inequalities within the school system. It establishes a series of policies aimed at reducing the disparate impact of arrests, suspension and expulsions on students of color. Most notably, it states that the school district will develop a new safety plan before next school year that will eliminate the ability of any district employee to arrest students.

"We realize that structural racism is built into the bones of our schools, as well as every structure in society; we have to build anti-racism into the bones in order to increase student empowerment, belonging, value, and hope for the future," the resolution says, adapting a quote from author Ijeoma Oluo.

The resolution comes more than a year after public outcry over an incident in which a school resource officer at Ferris High School, Shawn Audie, pressed his shin against a black teenager's neck during an arrest. It was a situation that Spokane NAACP president Kurtis Robinson said at the time was indicative of the implicit bias against students of color in Spokane.

While Spokane Public Schools has for years sought to reduce arrests and discipline rates that disproportionately impact students of color, they remain more likely to be arrested or kicked out of school than white students. And although non-white students make up one-third of the population in Spokane, less than 10 percent of teachers are non-white.

But Jerrall Haynes, the school board president, says this new resolution makes him optimistic that change is coming to Spokane Public Schools.

"What this resolution really gets at is owning up to our shortcomings as a system and being willing to do things differently moving forward," Haynes tells the Inlander. "I am very hopeful, because I think that we're ready as a system to start being different."


ELIMINATING ARRESTS
As protesters pack the streets advocating against racism and police brutality in the wake of George Floyd's death, the Spokane Public Schools commitment to not arresting students has easily drawn the most attention. But Oscar Harris, coordinator for family support and community engagement for Spokane Public Schools, stresses that the district has been discussing the idea for a while. Harris also helped author the resolution.

"That language is part of the culmination of people advocating and people asking the question: Is it possible to have another model where Spokane Public Schools staff doesn't have to be arresting people?" Harris says.

One of those advocates is Nikki Lockwood, who just last year was elected to the district's school board. As a member of a student advocacy group called the Every Student Counts Alliance, she expressed to the Inlander concerns about students of color being disproportionately arrested back in 2017. At the time, the district dropped the total number of arrests by nearly 90 percent in one year. But of those still arrested, about half were students of color.

Those disparities have since been largely unchanged. In the 2018-19 school year, students of color made up a majority of the 88 arrests in Spokane schools, according to district data.

The original language of the resolution passed last week stated simply that district employees will not arrest students. The final version is more wordy: The district "will work with their Spokane Education Association (SEA) and Campus Resource Officer (CRO) partners to come to an agreement that will eliminate employees' ability to arrest students." A plan for such an agreement will be developed by fall of 2020, following community input.

Forty years ago this week, MTV changed everything in the music business

"There will always be excuses for why we can't do this work," Lockwood says. "But it's needed. It's long overdue."

Resource officers in Spokane are unarmed, and they're issued a limited commission authority through the Spokane Police Department. Haynes says it's crucial to have a "proper plan" and training in place to prevent schools from calling armed Spokane Police to arrest students since resource officers would be prevented.

But Haynes, the board president, says it's possible for resource officers to shift their focus away from arrests. He points out that Dan Johnson, the resource officer at Shaw Middle School, had zero arrests last year.

"That's an amazing thing," he says. "Like so many of our other CROs, they've really shifted their focus to be relationship-focused."

Jenkins-Rosenkrantz, the district's community partnerships manager who helped author the resolution, says the district is already working on a diversion program for students at risk of being excluded from school.

"We're hoping that is going to change the dynamics of exclusions and arrests and the disproportionality in discipline," she says.


REBUILDING THE SYSTEM
The resolution does far more than just limit student arrests. It's designed to also ensure that the district:

Put together, it's a transformation for many local schools.

Last week, over the course of an hour and a half, dozens of people expressed their thoughts on the racial equity resolution. All of them — students, educators, parents and activists — supported it. And that, Haynes says, is in addition to the more than 500 emails the school board received about it. Besides maybe five who opposed it, all of those emails supported the board's commitment to racial equity. Many wanted the board to go even further.

While some of this work has been going on for years within the district, Haynes says the timing is right to make these kinds of changes.

But he also suggests it's not a coincidence it's happened with the current school board. Both Lockwood, who is Latinx, and director Jenny Slagle, who is Native American, made the issue a priority in their campaigns last year. Combined with Haynes, who is black, "you'd be hard-pressed to find a time in Spokane's history when the school board is as diverse as it is right now," Haynes says.

Jenkins-Rosenkrantz says if the district can act on this resolution, it can change not just the education system, but the entire city.

"It's proactive instead of reactive, because the system was wrong to begin with," she says. "So, let's rebuild it." ♦

The original print version of this article was headlined "Being Bold"

Once Spokane's only Black school board member, Jerrall Haynes has steered the district to a 'drastically different place'

Her lawsuit against Boise made cities change how they treat homeless people. A decade later, she's found a home in Spokane

Bloomberg in next Dem debate, Spokane cop's crude comments about protesters, and other headlines

Once Spokane's only Black school board member, Jerrall Haynes has steered the district to a 'drastically different place'

Wilson Criscione, born and raised in Spokane, is an Inlander staff writer covering education and social services in the Inland Northwest.
More